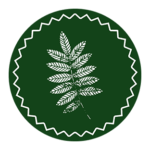 As human beings, we express ourselves through facial expressions, body language, tone of voice, action or inaction and through speaking. I define freedom as the ability to express myself without the fear of judgement from others. I get to be myself with all my mistakes, emotions, choices and more. Sometimes people with this mindset ended up being reckless with their words or action and they would use excuses such as I am free to be myself, I am free to express myself and I am free to act as I wish. Often the person who tends to be the one expressing themselves freely would be seen as someone bossy, demanding, opinionated or loud and most would find themselves not wanting to be viewed as such so keeping quiet, giving in to others and playing it safe would be best so that no one would judge them.

How long do we want to live a life being in our safe comfort zone?

Now the question is how do we express ourselves while creating a safe space for self-expression? It is easy for us to recognise our needs and wanting to be heard, to be understood and to be able to express ourselves without being judged, have you also put a thought on how you can create a safe space for others to be heard, understood and to be able to express themselves too without being judged by you?

We all know communication is a two-way street and yet some of us are not willing to do our part and give our 100 per cent to the other party because it is easier to feel entitled to our rights and what we need.

Give up the need to be right all the time.

You do not get a medal or trophy for being right. Sometimes we want to be right over trivial matters, in my case, I could get really frustrated about family members not cleaning up after themselves for example and the urge to want to fight and argue about such matters could happen. I know that it can be frustrating because you might end up having pests over or you get tired cleaning up after another person. Pick your battles, sometimes if we get angry out of proportion over such matter, you might miss out on many joyous moments. Do I mean to say that you cannot be right at all? Of course, you can.

What if you are right and you are pretty certain about it and you feel it is important to be right? In situations such as a doctor and patient relationship, if the patient’s life is at stake, chances are you would want the doctor to be right and in this instance being right may be worth the battle!

Sometimes in situations where you know you are right and you are aiming for a specific outcome example, family members cleaning up after themselves, you can always give it a shot to prove your point while allowing others to consider your thoughts and of course you need to also consider the thoughts or opinions of others too.

There would be times when I wanted to be right and I would still hear out what the other party had to say. I was also prepared to embrace the fact if I was wrong and that my opinions are not popular with people around me and that’s happened before too and it is OK because you do not have to always be right all the time and there is no need to say to one another, “I told you so!” because the outcome would speak for itself and saying “I told you so” typically comes from a space of ego and arrogance.

Without self-expression, life lacks spontaneity and joy. Without service to others, it lacks meaning and purpose. – Laurence Bolt

Sometimes in wanting to express ourselves we end up having an argument, name-calling and more. If we want to create a safe space for self-expression, we are the first to demonstrate sharing points of view and listening to others with respect. If the other party is not being respectful, you can call them out and invite them to have a civil conversation. If emotions are running the conversation, cool off and communicate when both are calm and receptive.

If we are not honest in our relationships, we find ourselves having to constantly tell lies after lies or we pretend to be someone we are not then chances are, people can sense that dishonesty and they may not feel safe to express themselves around you. You will also find it hard to express yourself truthfully because there are a lot of things that you are hiding and you may end up wanting to avoid interaction just so you do not get caught. Yes, we are human beings and sometimes we do silly things like this at least once or several times in our lives. Just be clear that dishonesty not only destroys relationship, it ruins the experience of being in a relationship too.

I leave you with these three things to let go of, the more you let go of them you will notice a shift and that you’ve created a safe space to express yourself and for others to be able to express themselves around you. Look at it this way, if you want to accumulate wealth, you would need to let go of mindset, habits and behaviours that would block you from accumulating wealth, if you want to win a medal in badminton, you might need to give up on certain diet and time with family and friends to practice and perform optimally. It is the same with wanting to create a safe space for self-expression. Letting go of wanting to be right, disrespect and dishonesty are mandatory!

If you want white paint, you would not mix it with other colours so if you want to create a safe space, you do not want to mix the space with the attitude of wanting to be right ALL the time, being disrespectful and act with dishonesty, not letting go of them would create distance between you and the other person and if you’ve been on the receiving end, you would know what I mean.

Do not do unto others what you do not wish upon yourself. Easier said than done? Why not explore self-mastery coaching? Visit kamilahms.com or book a discovery call. 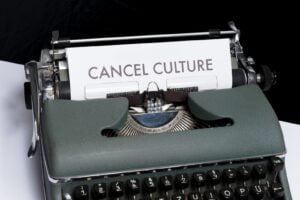 Can we live with fear?

Fear is a four-letter word that can sometimes cripples us, stops us on our tracks and makes us react in ways that could save our